Natalie helps people transform and have their freedom through finding their voice. 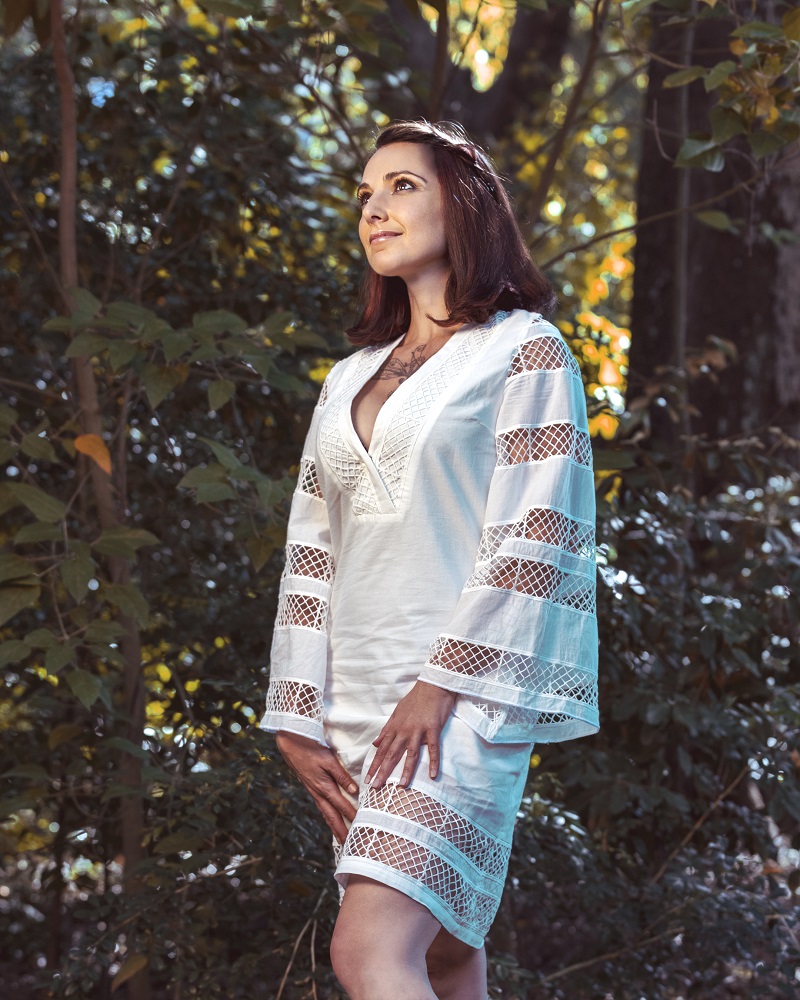 Natalie Gauci is a musician, performer, songwriter, teacher and business woman. Natalie began her career very young, on stage and on TV. Singing and dancing at the early age of 3, Natalie knew that she wanted to be on stage. Whether it was dancing, singing or acting, her stage presents was warm and inviting and as she grew to become a teenager that all came to a halt as she went through depression from some traumatic experiences.

Natalie followed her dream no matter what, and received a scholarship to The Victorian College of Arts Secondary College where she says she learnt most her knowledge as a musician. Natalie’s life experience went on to teach her the greatest lessons one can ever learn.

Natalie made a few attempts to continue her study music in her tertiary years, however, circumstances were taking Natalie on a different path. She lost her confidence which she had as a child because of her trauma and Natalie became a waitress! During this time a few opportunities came her way through one of her best friends who was a drummer and together they started a Jazz band called “ESP”.

This gave Natalie her confidence at age 17, she began singing in clubs, bars, weddings and corporate shows, to session singing and touring with corporate bands interstate.  Natalie started teaching singing and music during this time, inspiring many young artists to the stage and helping them build their confidence. Natalie created her own business and managed a few different bands which she performed in with her and her partner at the time.

Natalie was getting near her mid 20’s and was feeling like she wanted something more. She wanted to be heard in a big arena, be signed to a major label and be one of Australia’s best voices. Natalie received her wish when she claimed the title of Australian Idol Winner in 2007 performing in front of millions, with a Gold Single and Platinum Album, and a national tour called “The Winner’s Journey Tour”.

Natalie then went on to travel internationally to perform with the winner of Eurovision in Malta to which she received a standing ovation. On her way back to Australia, Natalie had a relapse and fell back into depression and lost her confidence. Natalie was no longer in her bubble and it was time for to face a new reality, one which she was very naïve to, which was the music industry.

Natalie was now signed to a major label and got her dream. Natalie surrounded herself with the wrong people during this time and the negativity around her took her down a path which was not her destiny, in fact it was the opposite. Turning to drugs and alcohol, Natalie turned her back on her own career and didn’t even realize she was doing it. She believed she was doing “the right thing” by sticking up for herself. But what was she sticking up for? Because of what happened to her in her teenage years, Natalie couldn’t see that she was just about to be the most successful artist of the year, with a funky new single about to hit radio and her dream label supporting her and the song, which in her eyes at the time, felt like she wasn’t being supported and that she had to go out and release and write her music on her own. Which is what she did!

She created “Tune in Tokyo” with #3 and #8 ARIA Dance Chart Single success, which lead to #29 Single with German Dance Charts and then recorded her own studio album called “Ha Ha Ha”.

Natalie always had a vision for her music and sound and felt she had failed her fans, failed her marriage and she chased her dream all the way to Europe.

This is where her new life began. What she had left behind was her dream and her destiny, and then she went searching for what she already had, and walked away from. Which lead her on a journey of self-discovery and spirituality.

Natalie did not want to be famous anymore and decided to change her name to Nellie Bell by deed poll. For 5 years everyone in London knew Natalie as Nellie Bell. Natalie created Nellie Bell so that she could learn lessons, make mistakes and not be judged. She did some very deep healing during this time in search for answers to life. Why are we here? What is our true purpose? Why was Natalie born to sing? Why wasn’t she being heard?”

Natalie was introduced to Jesus and The Holy Spirit, and turned her life around. Became sober, became a teacher again and started following her heart. Natalie was meeting gurus, learning teachings from Monks, Spiritual Masters, Buddhists, Krishna and Healers, became a fitness trainer and NLP Practitioner. Natalie was called to create a healing practice and began writing spiritual courses. Natalie founded her own method with sound vibrational medicine and began healing herself.

Natalie realized that she was a multi-dimensional being and had been focusing on chasing her tail. She was getting to her mid 30’s and really wanted her own family. Her dream of music took a backseat and Natalie began reconciling with her parents and loved ones. During this time Natalie wrote and produced 4 commercial albums and 2 meditation albums, personal 1-2-1 spiritual courses and travelled to New York.

Natalie married whom she believed was her soul mate, and had a beautiful baby boy names Jedidiah. Once again the negativity was creeping in took Natalie down a path that was not her destiny and Natalie and Jedidiah started their new life together in Australia, without Jedidiah’s father.

Natalie wrote her first book “How To Get Out of A Broken Relationship” which has 7 steps to healthy relationships. Natalie has been following these steps ever since and she has build an extremely successful life for herself and Jedidiah, now following her destiny and true life path. Natalie has learnt to break old habits and patterns, heal old wounds and trauma and is on her way to being the best version of herself she can be, in excellence.

Natalie now has the wisdom, knowledge and inspiration to help others and is now performing, teaching, writing, speaking, self managing, creating her singing and music academy and being a mum!